The Income Incidence of a Cost Crisis (in Housing)

It’s clear that the Atlanta Region faces a housing affordability crisis, as do many other metros in this country. And the pandemic (as with so many other things) is turning bad (conditions) into worse. The Atlanta Regional Commission (ARC) in response has developed and intends to refine over time a Metro Atlanta Housing Strategy to grapple with the manifold issues around affordability. The ARC Research & Analytics Group will soon publish a Housing Regional Snapshot to delve into some the many aspects of the problem. Two of our recent blog posts began to  present data that will contribute to that snapshot: Metro Atlanta Evictions Tracker and Housing Insecurity: Evidence from Two Surveys.

The map below shows the spatial spread of the problem. There are a great many census tracts in the region where well over half of households have to pay more than 30% of their income for housing. While the largest clustering of  housing cost-burdened households are found to the south of the I-20 Corridor, there are also nodes of relative inaffordability along the I-85 corridor to the northeast part of the region.

Read on to see how we need to look at type of housing and level of household income to paint a clearer picture of the affordability crisis. Further, it becomes evident that affordability challenges are relative–as a very significant share of our residents have to pay over 50% of income for housing. 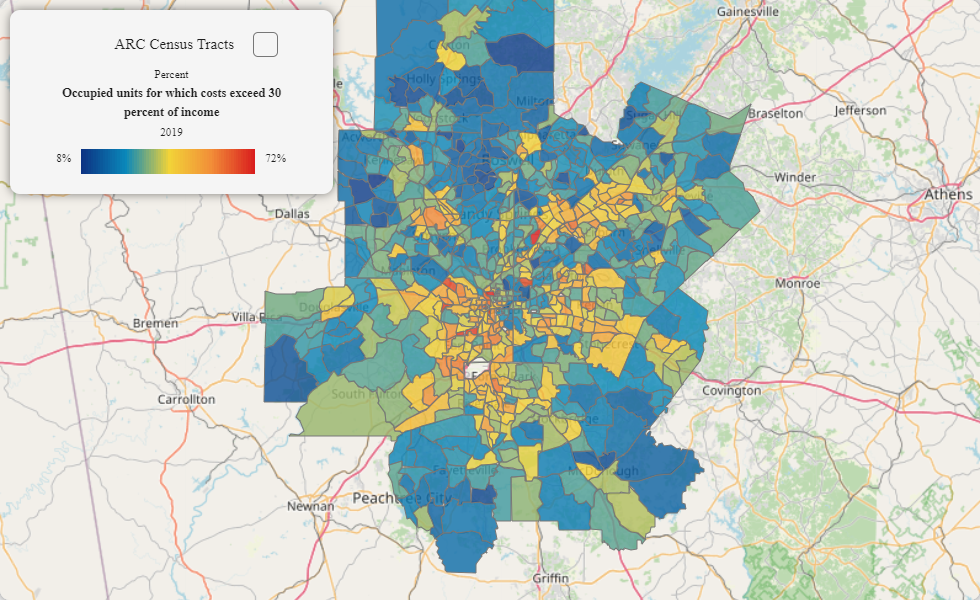 Drilling down into tenure types by income level prepares us to get a much closer look at the affordability picture. Chart 2 illustrates that– across all income levels– 2 in 3 households own, and 1 in 3 rent. In the highest income class (of over $100,000) just over 80% own; in the lowest income group (less than $20,000) nearly 2 in 3 rent. 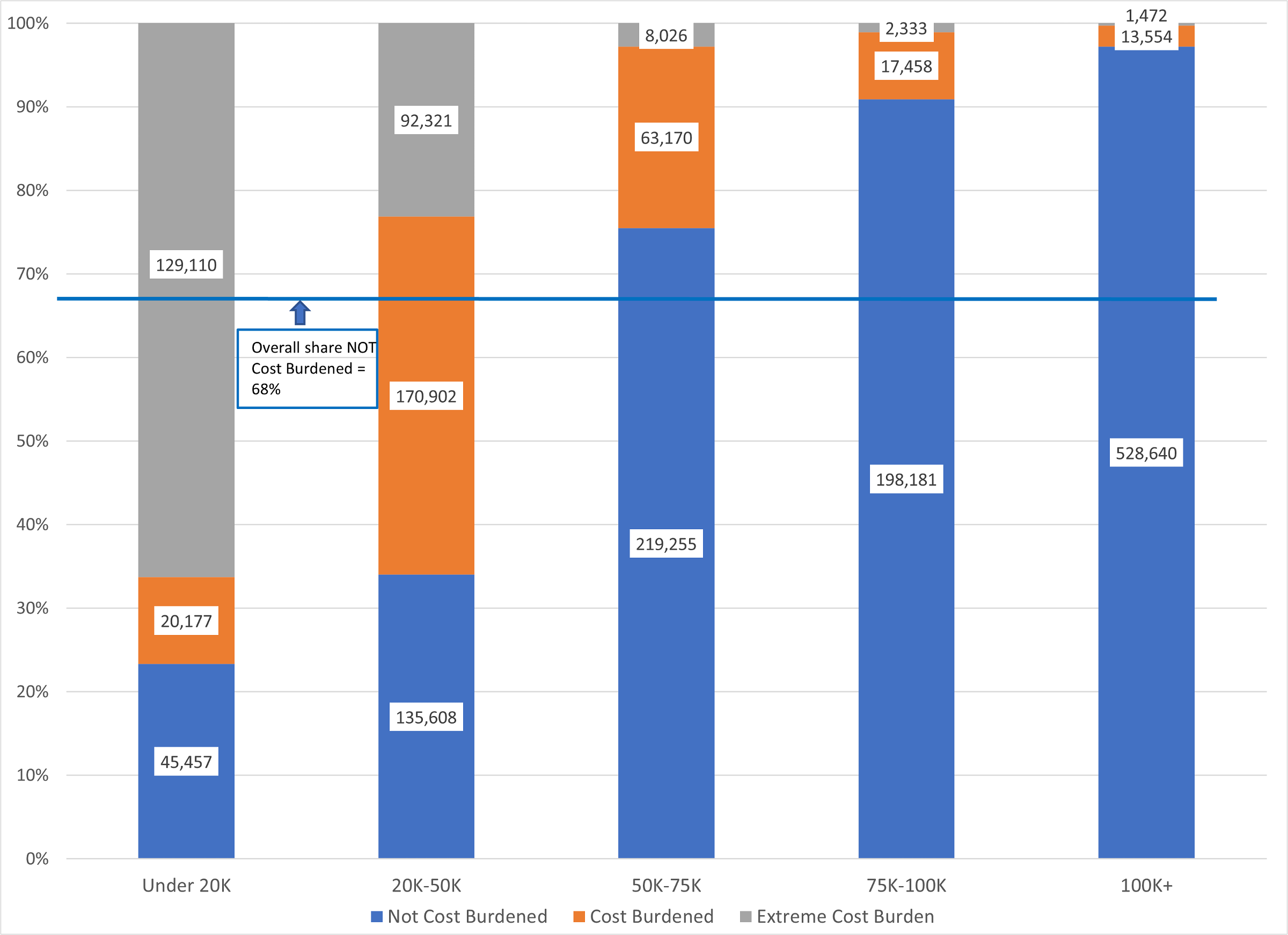 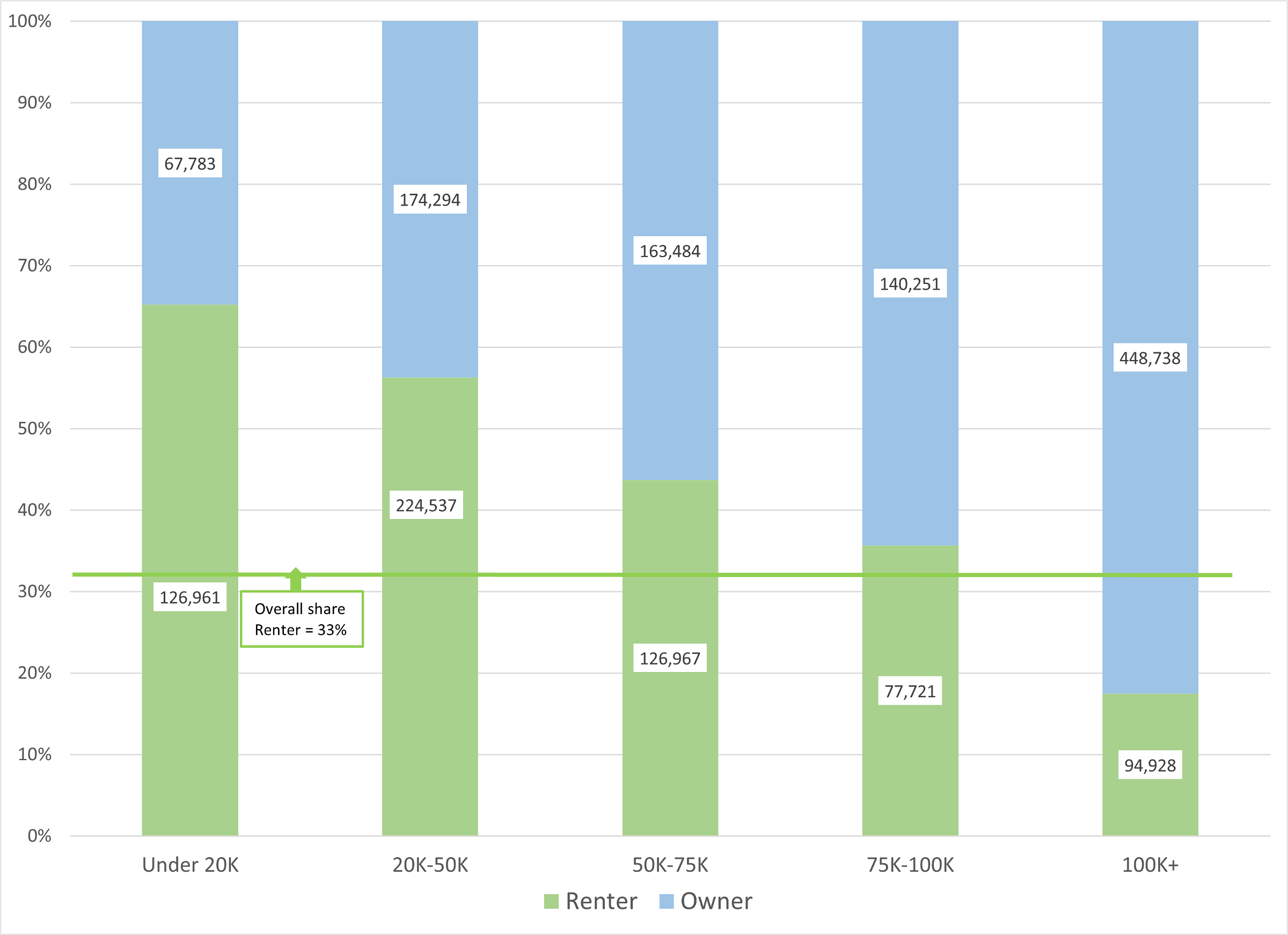 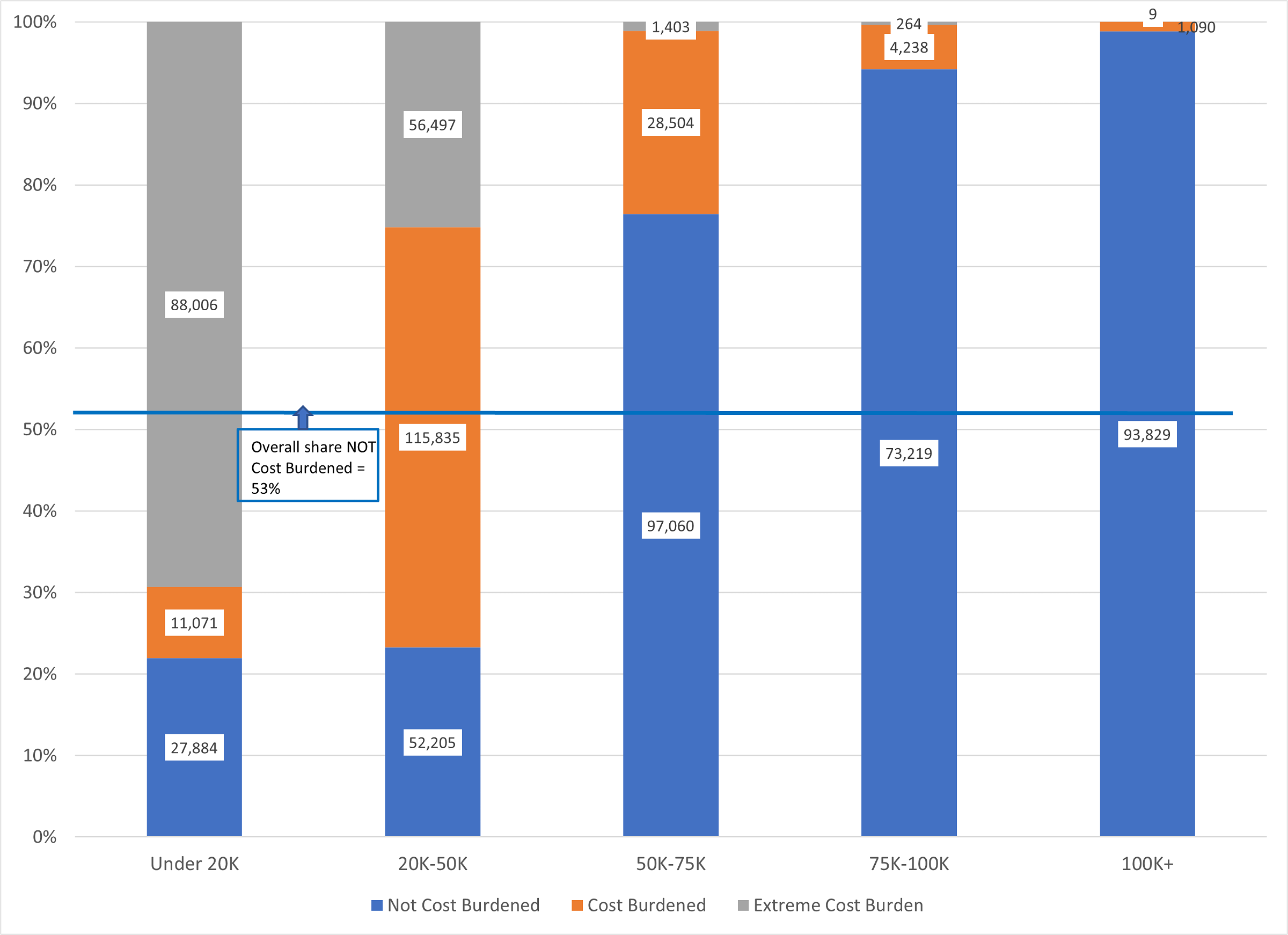 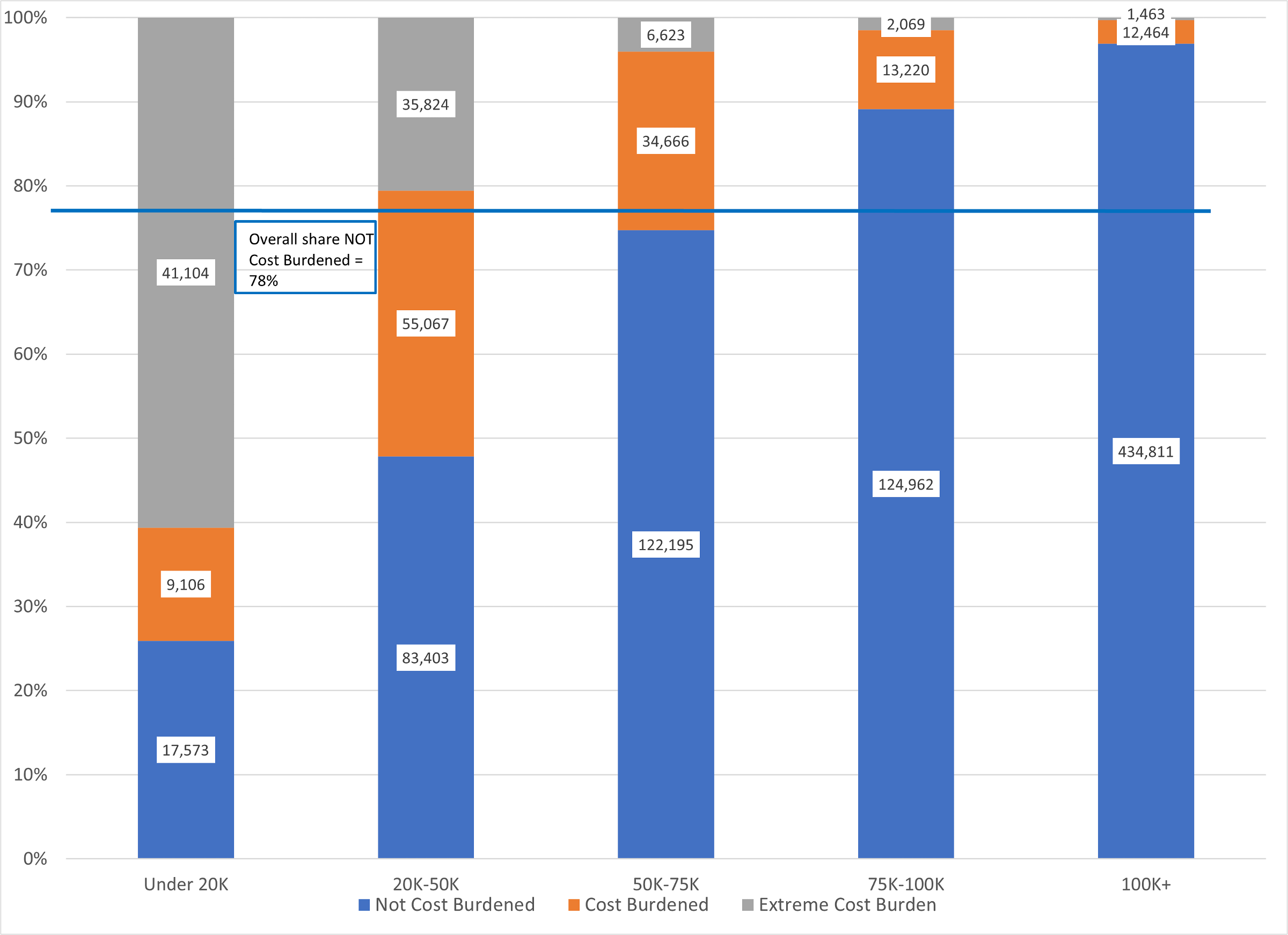 There are as such a  large number of “layers to the onion” of housing costs, as there are as many complexities in the issues of housing supply, housing prices, and so forth. Again, we will be looking at a good number of these factors in our Housing Regional Snapshot coming out next week. If you would like to explore yourself in the meantime, we highly recommend the Regional Housing Data Explorer  and  Evictions Tracker, as well as (for housing data and much, much more) DataNexus.